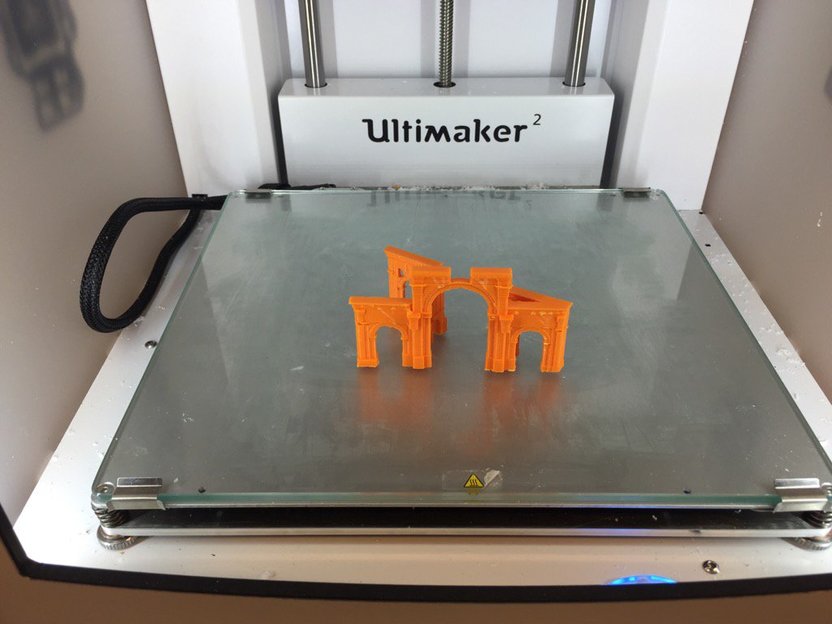 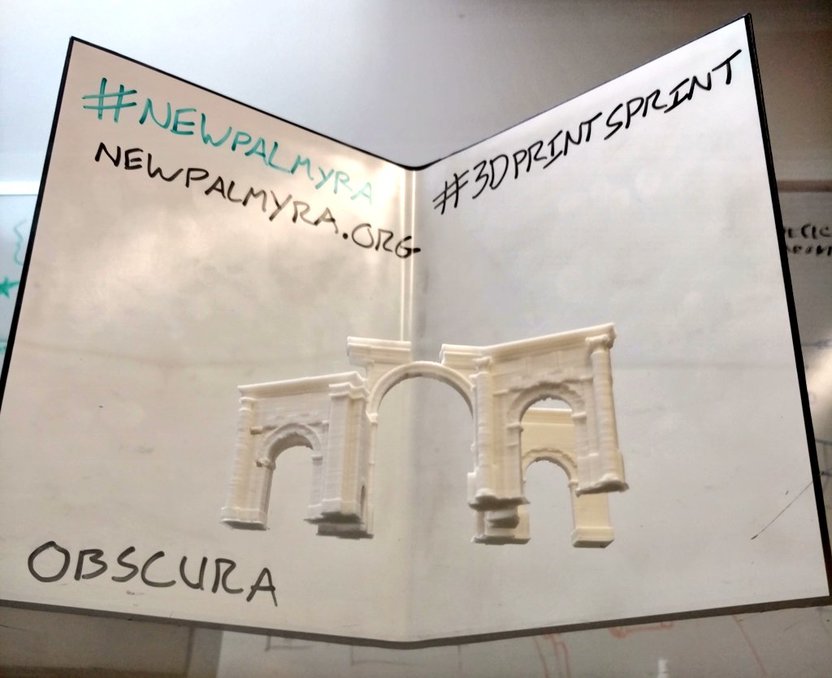 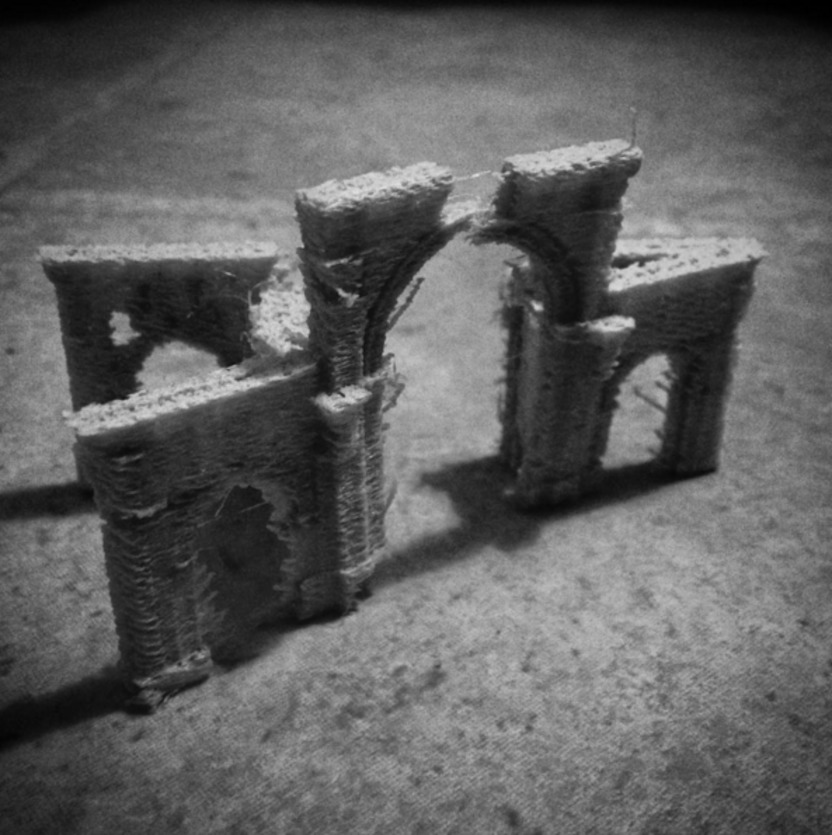 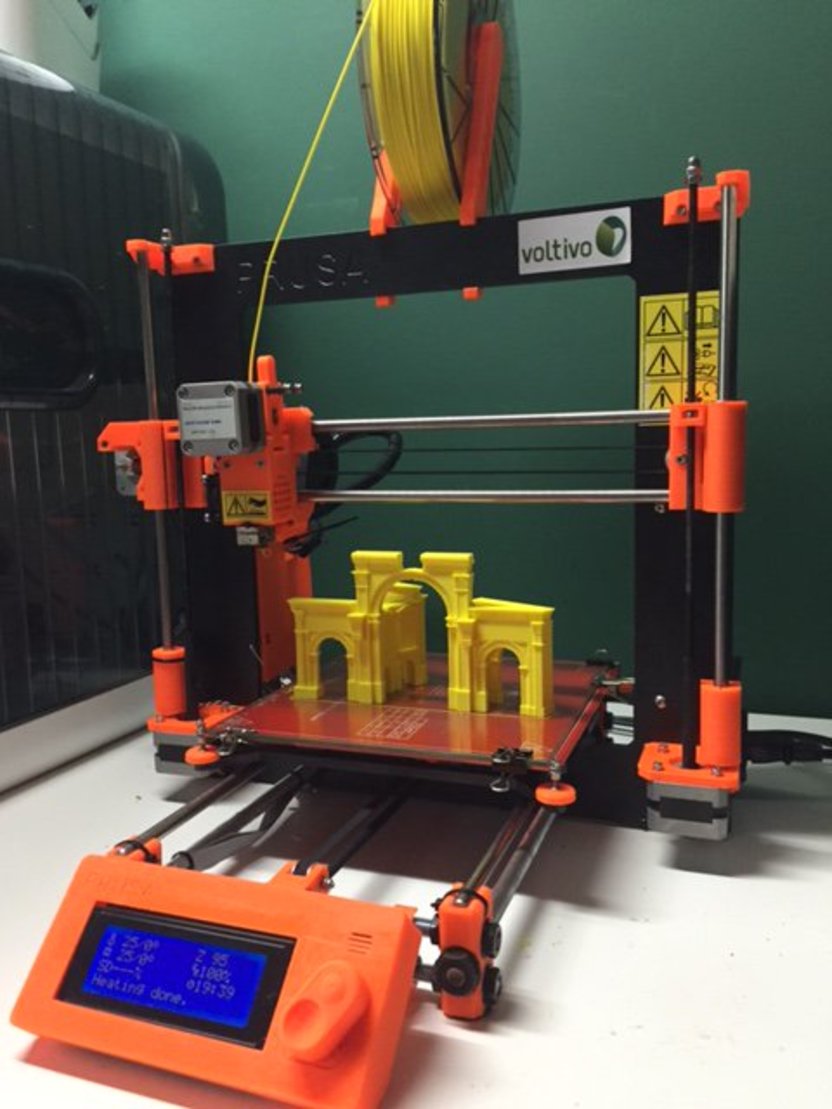 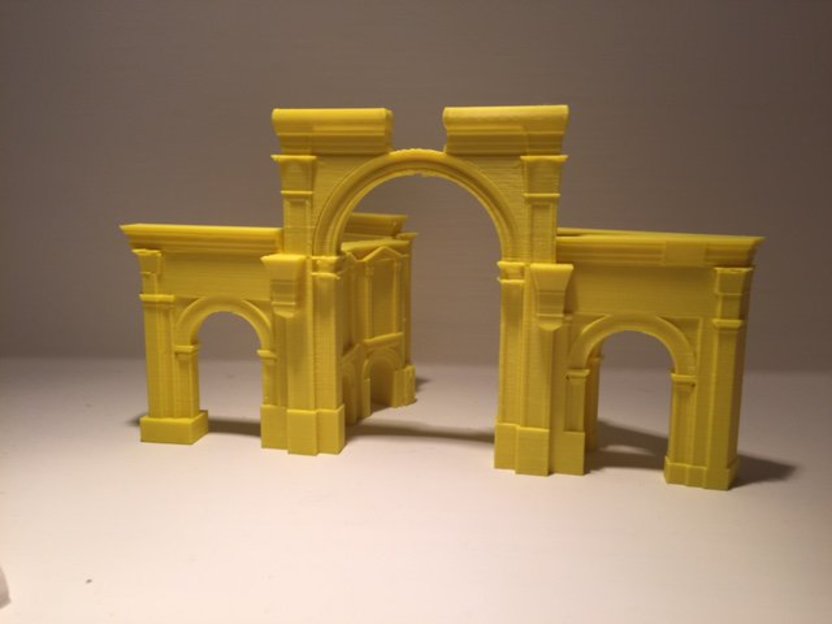 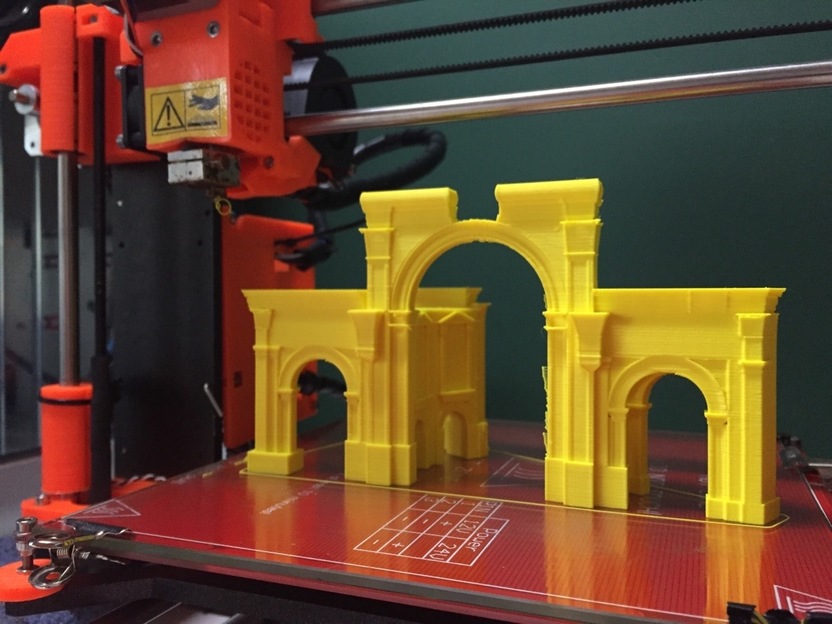 “The Arch of Triumph is a symbol of the indestructible cultural spirit of Syria,” said #NEWPALMYRA Interim Director, Barry Threw. “The free sharing of this symbol ensures that the memory embodied in it can never truly be destroyed. It is a message to the world that cultural heritage is bigger than religious ideology, political boundaries, or war, and is part of the collective human experience shared by everyone on Earth.”

The #NEWPALMYRA project also announced that the open model will be 3D printed globally by its community, reaching more than 25,000 printers in 160 countries, supported by global 3D printing partners SketchFab, Hubs, Type A Machines, and Origin Base. The model is available for anyone to download and print at http://newpalmyra.org/printsprint.

The documentation of the printing from around the world will be shared online, tagged #3DPRINTSPRINT and #ARCHOFTRIUMPH. The results will be displayed at an art exhibition, “Protocultural Taipei: New Causes for the Old”, at the Taipei Contemporary Art Center, with an opening on Saturday, January 23rd, and show running until January 31st, 2016. All models and work from the exhibition will be released into the into the public domain under a Creative Commons Zero 1.0 license.

Creative Commons CEO, Ryan Merkley stated, “We're proud to see the release of the Arch of Triumph into the public domain. This act not only allows sharing freely with the world, it also preserves and digitally protects our cultural heritage. #NEWPALMYRA will live on for everyone as part of the Commons.”

“We call on all 3D printmakers around the world to participate in a mass global effort to synthesize the Arch of Triumph, by downloading the free and open source model, printing it, and documenting the object publicly online”, said Protocultural Taipei organizer, Christopher Adams. “The creative results will be exhibited along with other artworks celebrating cultural replenishment at the Taipei Contemporary Art Center.”