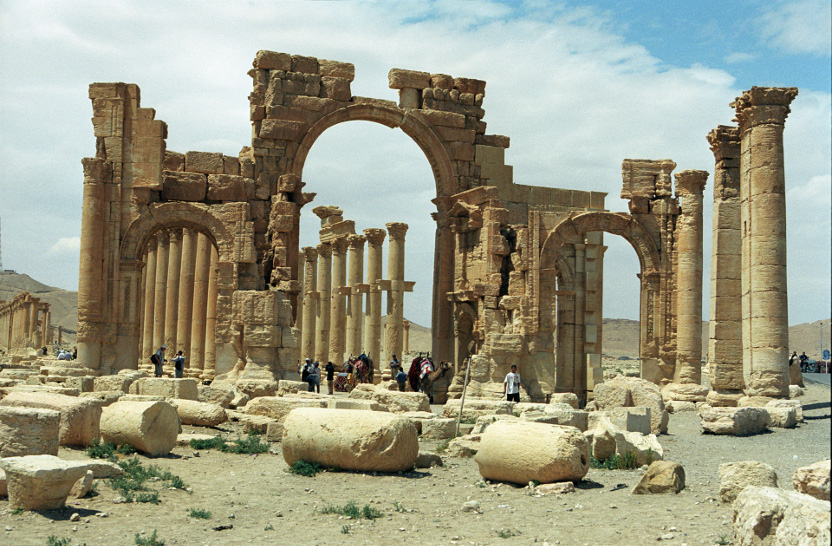 One of the most recognizable structures in the ancient city of Palmyra (تدمر) is the remarkable monumental arch (قوس النصر). Also known as the triumphal arch or victory arch, it was constructed during the reign of Emperor Septimius Severus, who ruled from 193 to 211. Despite being built more than a half century after Hadrian’s visit to the city, the monument is often erroneously referred to as Hadrian’s arch. It was restored in the 1930s.

The arch is particularly impressive from an architectural standpoint, addressing a problem somewhat unique to Palmyra (تدمر). The layout of this ancient city was unusual for the Roman period, as its main streets did not align with the four cardinal points of the compass. The monumental arch (قوس النصر) was constructed at the point of a thirty-degree turn in the main colonnade between the tetrapylon (التترابيل) and the Temple of Bel (معبد بل‎). To solve this problem, the arch incorporated two façades angled apart from one another. Only one of the original arched façades survive, but the overall design is still easy to appreciate. The arch is richly decorated with stone carvings, one of the most lavishly adorned monuments in the city.