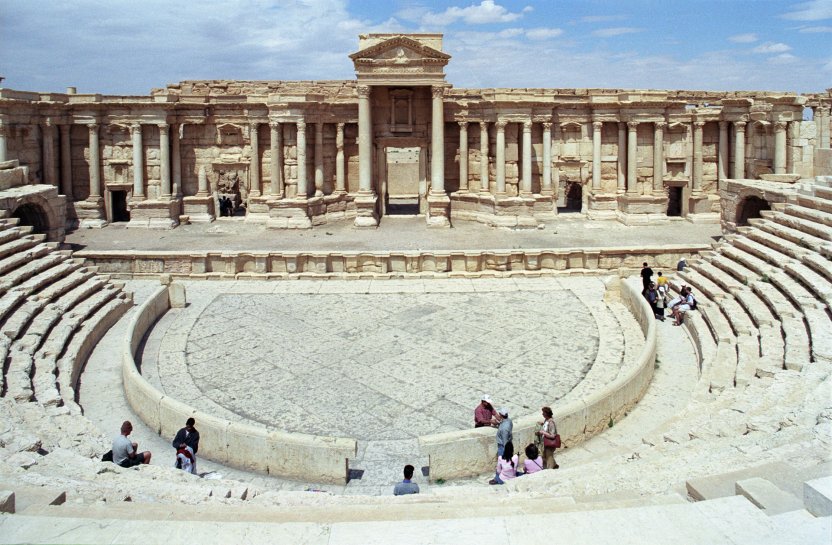 The Roman Theatre at Palmyra (Arabic: المسرح الروماني بتدمر‎) is a Roman theatre in ancient Palmyra in the Syrian Desert. The unfinished theatre dates back to the second-century CE Severan period. The theatre’s remains have since been restored. It used to serve as a venue for the annual Palmyra festival, before the ancient town was taken by ISIL (May 2015).