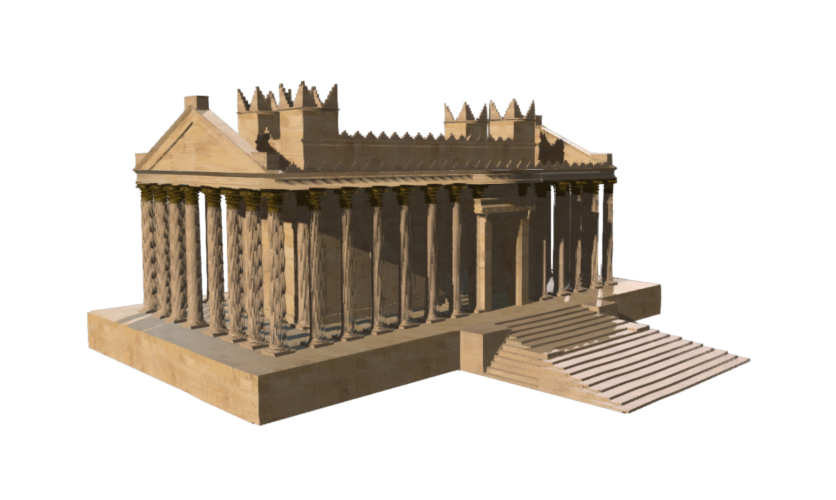 The Temple of Bel, also known as the Temple of Baal, was an ancient temple located in Palmyra, Syria. The temple, consecrated to the Mesopotamian god Bel, worshipped at Palmyra in triad with the lunar god Aglibol and the sun god Yarhibol, formed the center of religious life in Palmyra and was dedicated in 32 AD. Its ruins were considered among the best preserved at Palmyra, until they were destroyed by the Islamic State of Iraq and the Levant in August 2015.