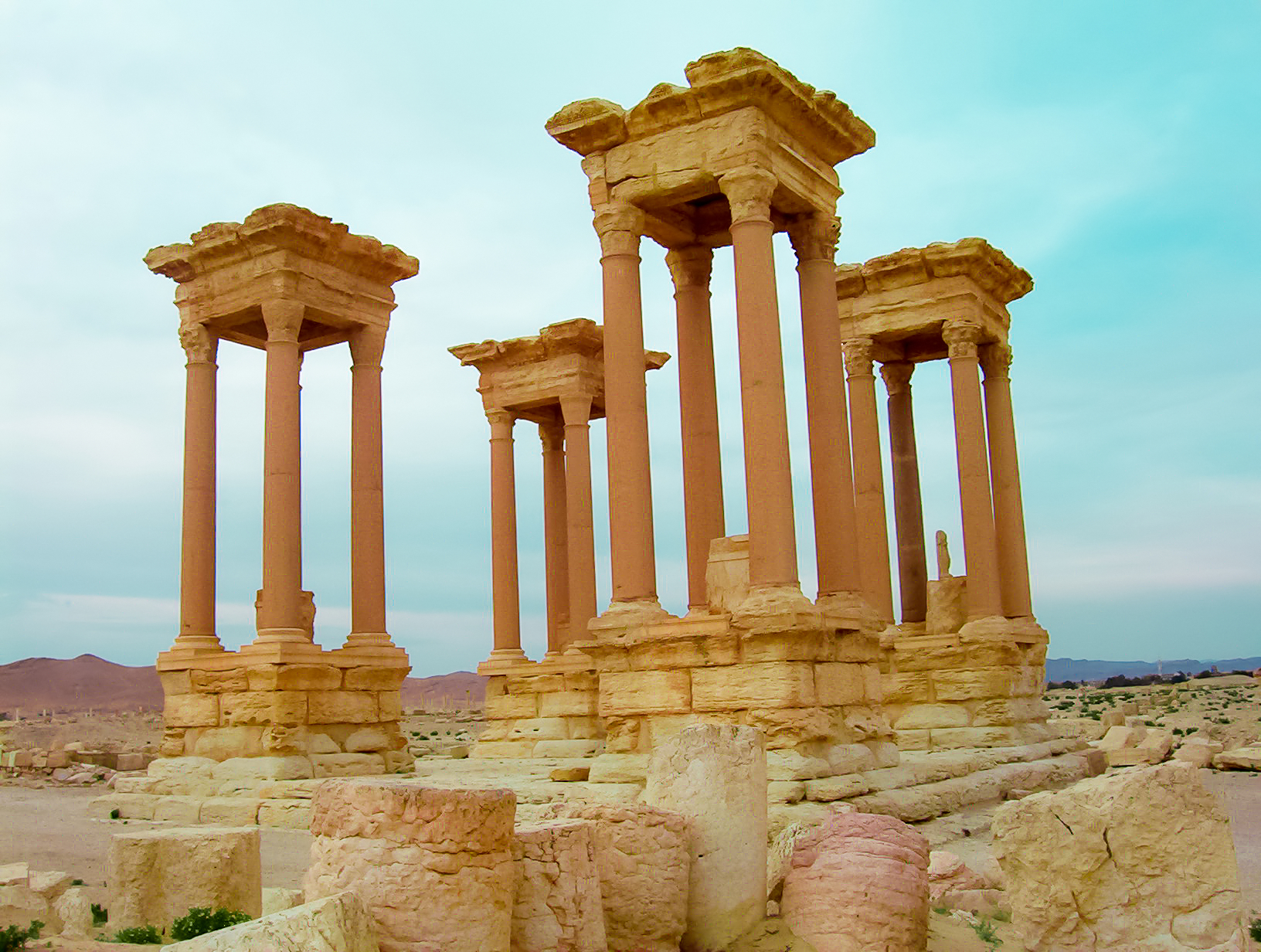 The Tetrapylon was erected during the renovations of Diocletian at the end of the third century. It is a square platform and each corner contains a grouping of four columns. Each column group supports a 150 tons cornice and contains a pedestal in its center that originally carried a statue. Out of sixteen columns, only one is original while the rest are from reconstruction work by the Syrian Directorate-General of Antiquities in 1963, using concrete. The original columns were brought from Egypt and carved out of pink granite.