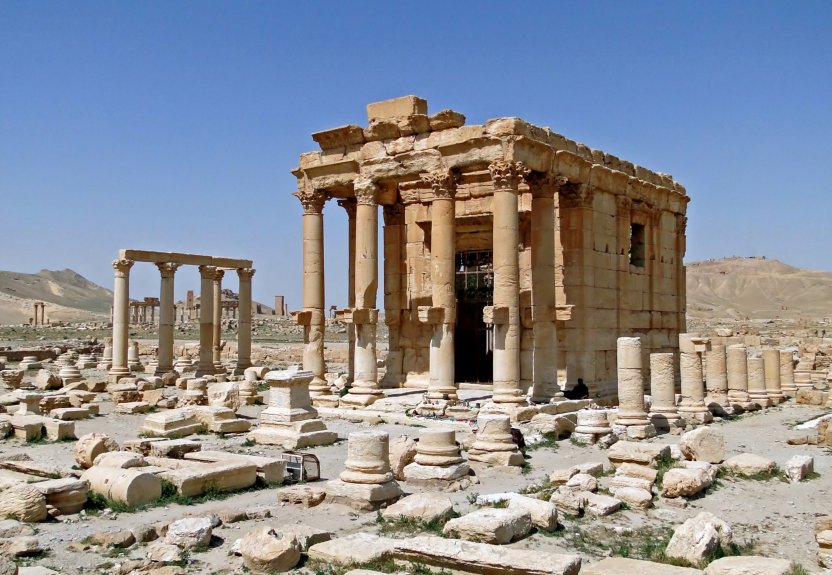 The Temple of Baalshamin was an ancient temple in the city of Palmyra, Syria, dedicated to the Canaanite sky deity Baalshamin. The temple’s earliest phase dates to the late 2nd century BC; its altar was built in 115 AD, and the temple was substantially rebuilt in 131 AD. With the spreading of Christianity in the region in the 5th century AD, the temple was converted to a church.

In 2015, the Islamic State of Iraq and the Levant demolished the Temple of Baalshamin after capturing Palmyra during the Syrian Civil War.